Working Within a Defined Context, 1978

In Working Within a Defined Context, the contained reality of the London Docks is used as a symbol for all deterministic working processes and counter balanced with symbols for the generation of a person-based consciousness to relieve the formally constraining structure of the routine of work. Working Within a Defined Context was developed from photographic documentations made in the West India Dock with the co-operation of the Port of London Authority. In addition, tape recordings were made with individuals at the Dock, who describe their part in the working process.
From the documentation four basic divisions in the working process were made, each forming a contained reality; in the work these are juxtaposed with four aspects of reality expressed through counter behaviours. The links making the four states of the work are:
1. Reception of item – home reality
2. Administration of item – social reality
3. Handling of item – economic reality
4. Dispatch of item – cultural reality
While all four areas of reality could be manifested at any of the four points in the working process, they have been separated to make their existence more explicit. An item has been associated with each of the areas of reality, and is identified as an agent for the manifestation of a counter consciousness in that reality. In the structure of the work, the transported item is the cue for making links between an authoritative institutional world of objects and an interactive world of people. The transported item is not only the connecting link between the two worlds, but it is also the key that connects the inner contextual realities of the working process with wider external realities.
Text adapted from: Stephen Willats: Concerning Our Present Way of Living, catalogue, Whitechapel Art Gallery & Stedelijk Van Abbemuseum, Eindhoven, 1979 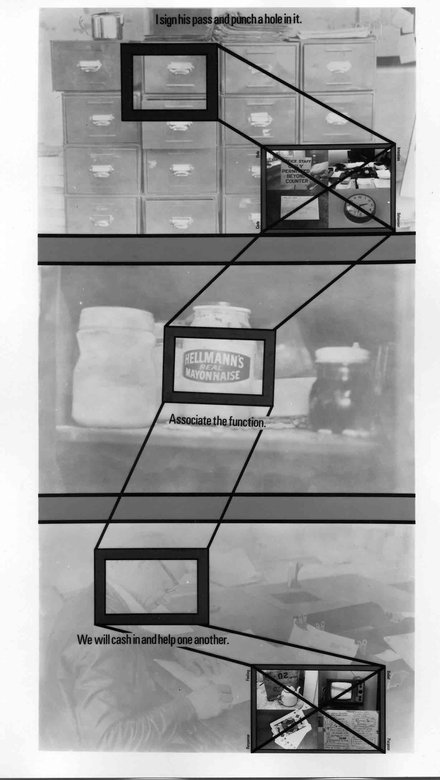 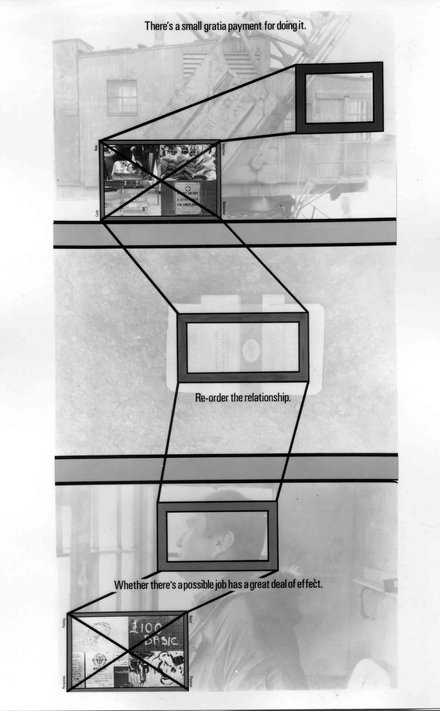 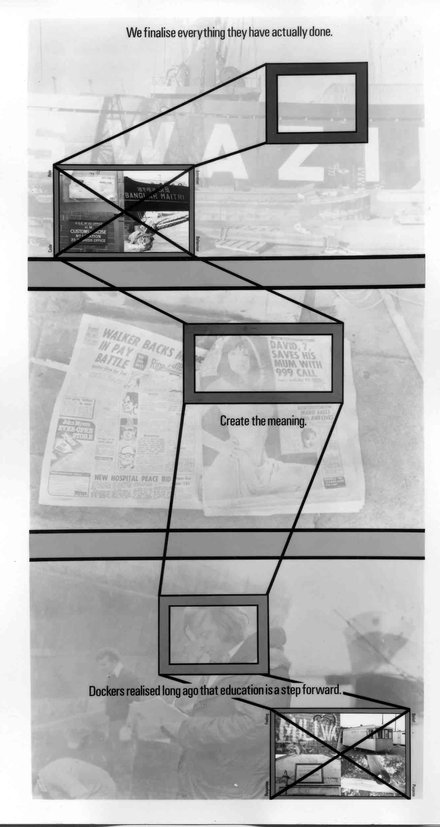