'By 1964, it became apparent to me that the modus-operandi the artist had inherited from the 1950s was not adequately able to express what was happening in society … so I decided to call myself a ‘Conceptual Designer’ and take very fundamental and practical areas of expression that were normally seen as the province of the designer, to integrate my work and practice as an artist with what people would consider useful and familiar. Several directions were simultaneously explored and one was clothing that would express the concept of self-organisation for the wearers, and to the people they encountered. As an agent for expression, these clothes were always envisaged as works of art; they were a strategy in communication and, if reproduced, they would have taken on the status of multiples. The dress Variable Sheets was one of a number of speculative clothing works that I made in 1965 which expressed self-organisation in various ways. With Variable Sheets, the intention was for the wearer to construct their own personal garment from a kit of possibilities, this kit comprising coloured PVC panels and Perspex shapes.'From Multiple Clothing by Stephen Willats, Walther Konig, Cologne, 2000

The Optical Shift Dress was designed so that the coloured panels could be rearranged by the wearer in a variety of combinations, according to mood, environment and the other people they met. Willats chose PVC instead of more conventional materials because he felt that the new synthetic materials of the 1960s embodied the forward-looking spirit of the period.

The intention of the clothing works is that people can directly intervene, and create their own message through changing the variables, so the work directly involved more people than just the wearer and the individual was aware of their choice, the externalisation of their intention to others. 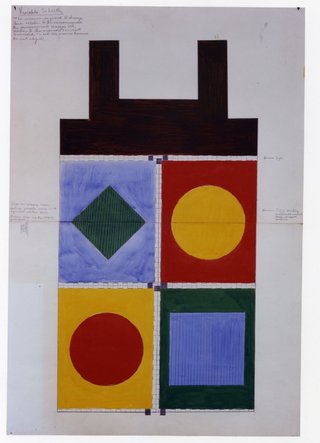 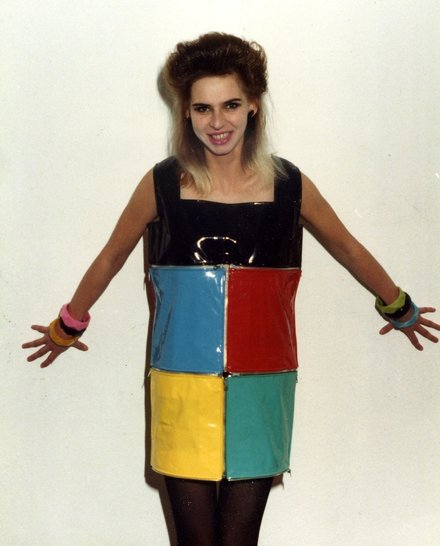