Trying To Forget Where We Came From, 1977

AdC: What are your opinions on one of my favourites of your early pieces, Trying to Forget Where We Came From, 1977, within the context of consumer society propaganda?
SW: It was a piece addressing middle class values and problems. The people in the work are symbolic of stereotypes within the culture we live in, although the couple themselves were the basis for the piece. They represented themselves as an object, an idealisation. The audience of the work can reflect something of themselves by looking at the work. With regards to the ethos of consumerism, the people in the work are trying to travel from one position to another.
What do you mean by ‘position’
The piece is called, Trying To Forget Where We Came From, they’re trying to propel themselves forward in terms of the stereotype world of idealisations and projections of our culture – so in a way, they’re perhaps loosing touch of where they came from as people, and are kind of like pushing themselves forward into the realm of object. With this piece they are looking at themselves in terms of another language.
Did you want to engage audiences in thinking about the idea of loosing who you are by subscribing to mass consumer ideals ..
The work is not a critique of these people, as the work is posing the viewer a set of questions about themselves, the couple I worked with formed a symbolic world – and an actual world. The aim is that audiences could relate to their own situation as presented in the work, but at a distance. 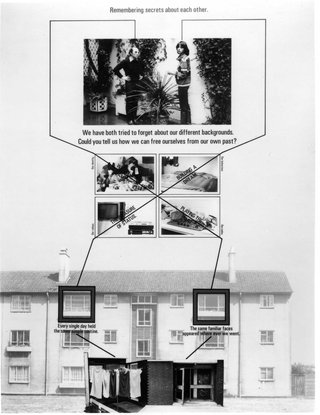 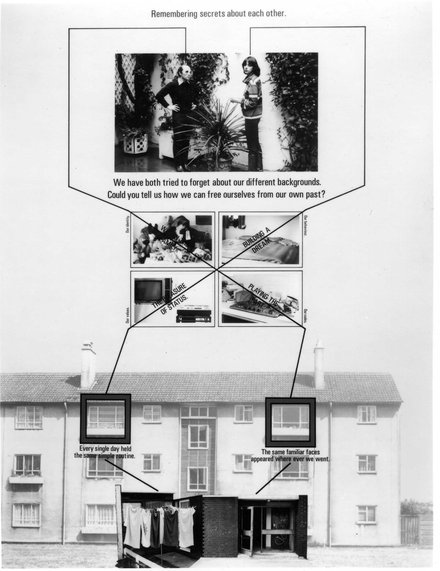 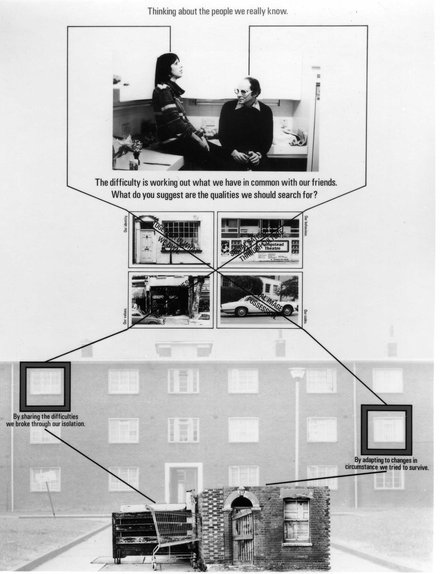 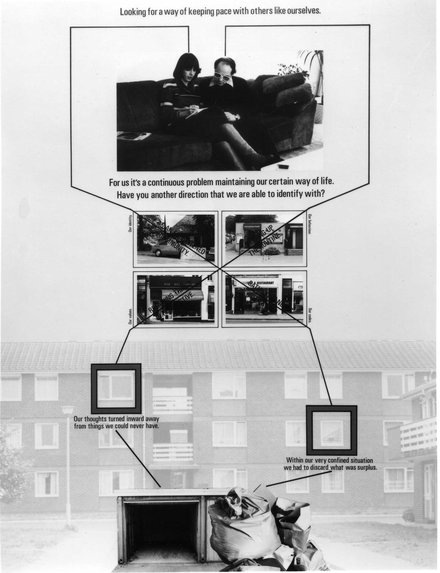 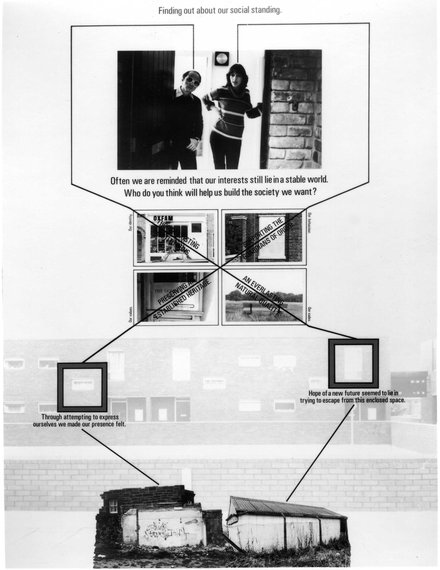