Sitting Between Two Desks – That’s Where the Pressures Come in Trying to Persuade them to Be a Bit More Free
1980
Four panels each 130cm x 101cm
Photographic print, photographic dyes, Letraset, ink, gouache on card

One of four works made for the exhibition, Four Professionals, held at the Lisson Gallery in 1980.
‘The relationship between the artist (and the participant in the work) was always mutual: it was a co-operation which began with a formal meeting and terminated at the end of the work. The first stage was descriptive: I asked the participant to describe objects in his immediate environment and to suggest objects directly related to the process of work that I might photograph. The second stage was more complex: I asked the person to describe aspects of his work which he considered to be typical, and I photographed objects which had a wider reference. This was followed by a third session in which the participant was asked to discuss pressures and problems associated with his work and his relationship with people with whom he worked. The final tape I made dealt with the way in which the person codes himself, the way he sits and dresses, his aspiration. Then the participant directed me to places outside the office which related to his work. The person who works for the colour magazine took me to Fleet Street; the insurance man took me to the City; the architect showed me four houses in different stages of rehabilitation. So the works followed their own path, they developed according to what each of the four people said and did.’
From a leaflet printed for the exhibition.
Further extracts from this leaflet can be read in the entries for each of the four works made for the exhibition:
Fifteen Feet by Eight Feet, and There Are Two of Us in Here
Looking at It From the Inside – It’s Death Insurance Really
From Inside this Institution – Art is a Form of Show Business 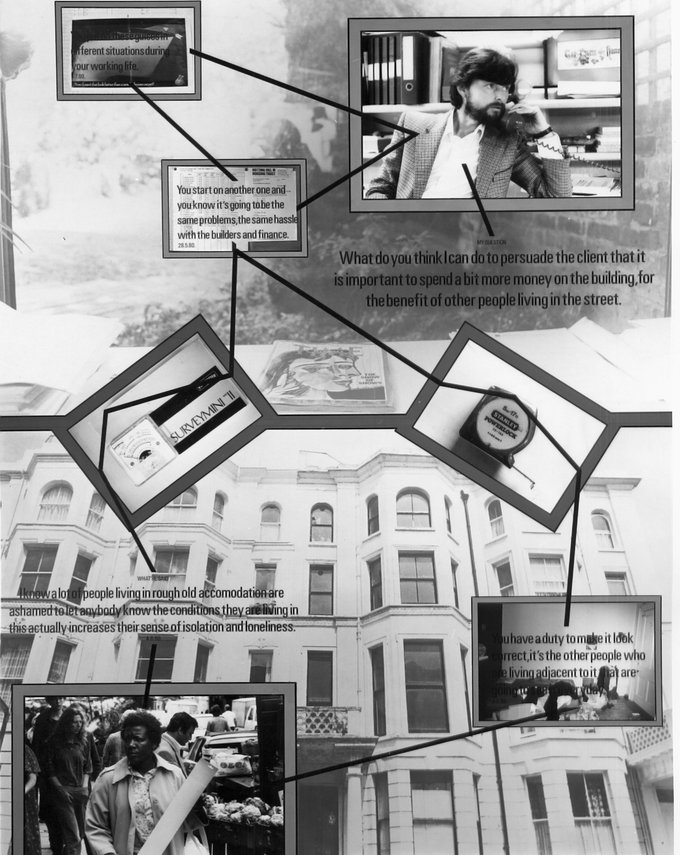 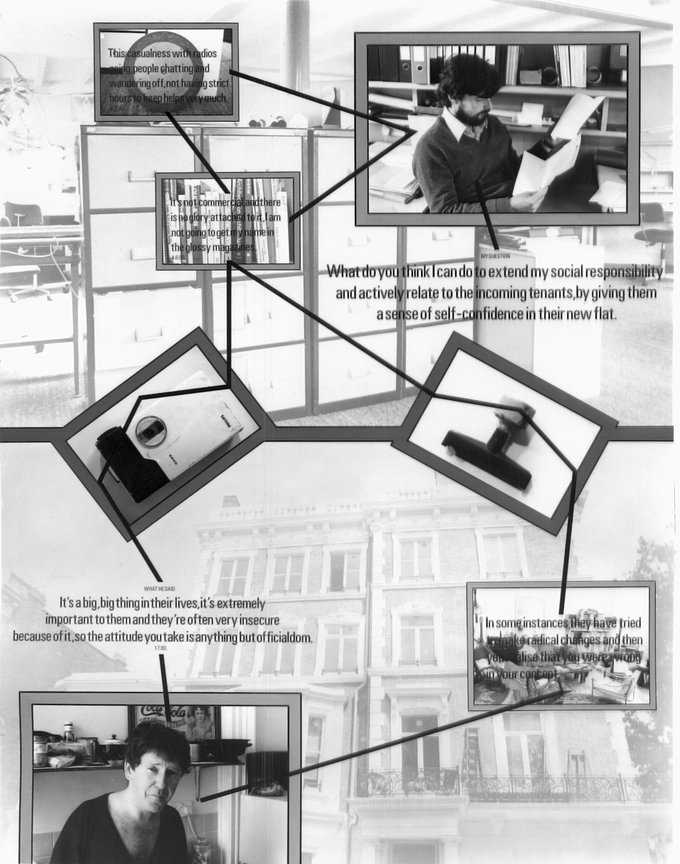