Person to Person, People to People, 2007

A work made in connection with an exhibition by Willats at the Milton Keynes Gallery, May – July 2007
Eleven panel work with two DVD films
Each panel 154.5 x 40.5cm
Photographic prints, acrylic paint, ink on card

‘The rationale behind the work Person to Person, People to People was to create a direct connection between the world represented inside Milton Keynes Gallery and the reality of peoples’ actual lives in the immediate surrounding environment. Instead of a picture being created from an external observational vantage point, the aim of my way of working is to start from the inside to represent the issues that are meaningful to those ‘actual lives’ of the people themselves, the people who live in that environment.
One part of the work was to be located inside Milton Keynes Gallery and another part was to be situated on the nearby Netherfield Estate, which would become the context and catalyst for the work. In order for a visitor to Milton Keynes Gallery to experience a complete viewing of the work, the installation on the estate has to be seen; similarly a visitor from the estate having looked at the installation there, has to go an visit the part located in Milton Keynes Gallery.
The work centres on the creation and accessing of a self-organised parallel world by participating residents of the Netherfield Estate as a counter-consciousness to the determinism inherent in the language and form of the encountered reality of that estate; - the world as it is – into an imagined state – the world as it could be.
Residents were invited to join a workshop with the artist and to make a journey around the Netherfield Estate, and to identify and record specific elements in its fabric such as textures, objects, signs etc., that they saw as having the potential to be transformed and seen differently from the given perception or function. All the participants individually took exactly the same route through the estate using both a Super 8 cine camera and a 35mm photographic camera to make their documentary record, then talking through their thoughts about the various items in a tape recorded discussion with the artist. As the participant walked along the set route, sequences of recorded items began to form a parallel imagined reality from that encountered, which was completely relative and personal to each individual. Later, a process of self editing and articulating the recorded material was facilitated through a two day workshop that took place at the Skills Centre in the shopping parade at the centre of the estate. Computer editing was made available, as well as table space for organising individual documented items into sequences that expressed an imagined journey of association. The resulting edited material forms the basis for the presentation at Milton Keynes Gallery while the actual cine films made by individual participants are shown in an unedited form simultaneously, as part of a ‘film mosaic’ situated on a wall within a temporary gallery space housed in the Farthing Enterprise Centre, which is located in the main Netherfield shopping parade. There is no analysis made by the artist of these films, they are presented as they are in an unedited form in a continual loop.’
Catalogue: Stephen Willats, Person to Person, People to People, Milton Keynes Gallery 2007 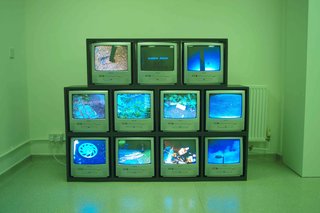 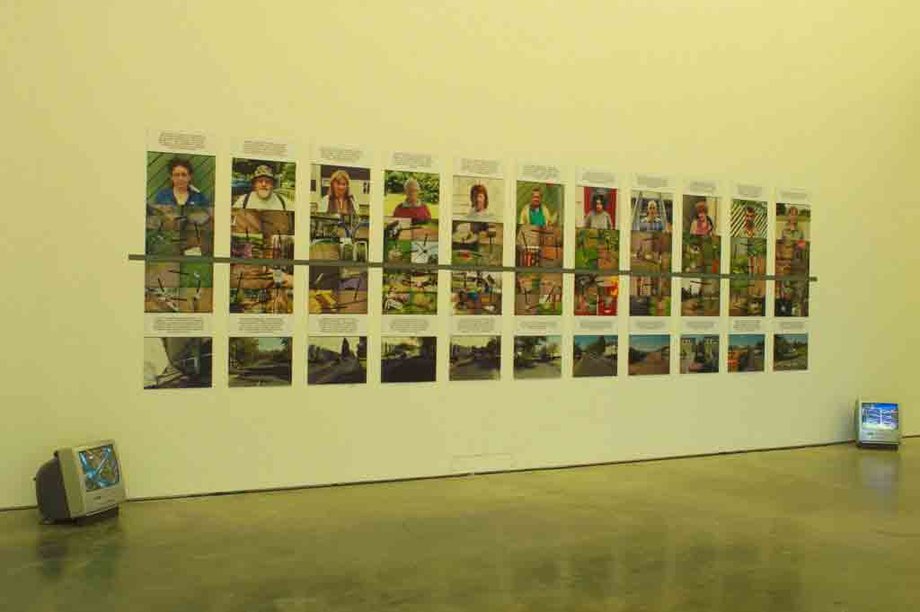 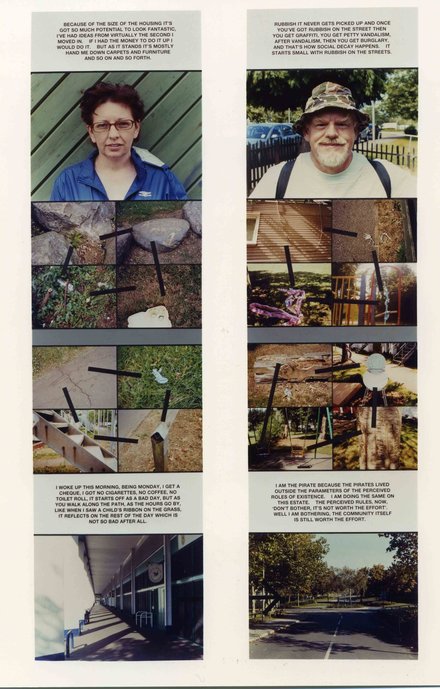 Detail of Panels One and Two 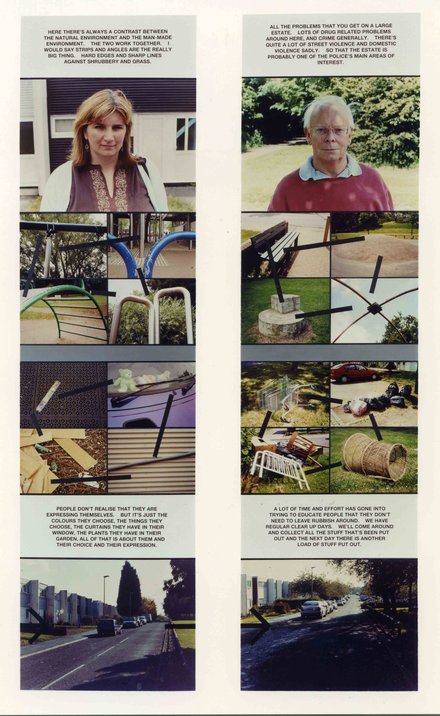 Detail of Panels Three and Four 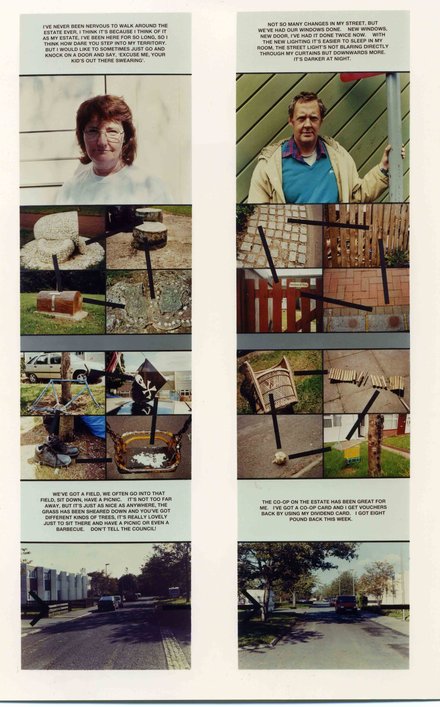 Detail of Panels Five and Six 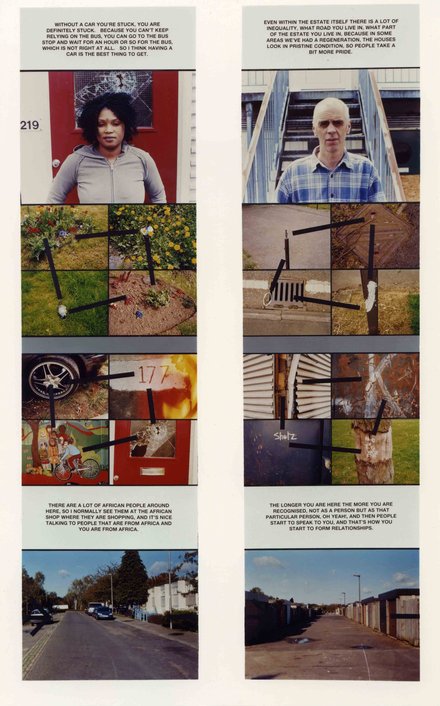 Detail of Panels Seven and Eight 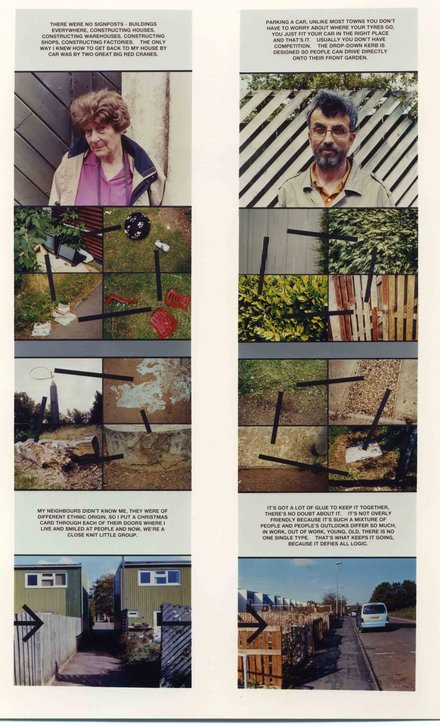 Detail of Panels Nine and Ten