Perceptions of a Married Couple, 1975

‘In Perceptions of a Married Couple’ , the main focus is in the relationship between the form of the inter-personal network that underlies perception of self and others and the resulting generation of social attitudes. It was Willats’ first work where people were photographed within the coded world they themselves had actually constructed. All objects and settings belonged to the couple, though in this particular work, the texts were written by the artist. The work is structured over six panels, each one examining a different state in the couple’s perception of each other within their domestic setting. Initially, in panels one and two, the perceptions of both husband and wife are centered only on themselves, regarding each other as an object. Interaction between the couple gradually increases in the subsequent panels, generating more mutually founded perceptions and more co-operative behaviour. They abandon their stereotyped past life to create a new basis for their relationship.
The internal structure of each panel in the work is intentionally disparate and ambiguous, so that the audience can interact with the cues that are presented. By building connections between the texts, photographs and diagrams in each panel, the viewer absorbs the meaning within his or her own frame of reference. In this sense the work is designed to be used as a tool, linked by inference to the viewer’s own personal experience, thus acting as an agent in the re-modelling of the viewer’s own perception.’ 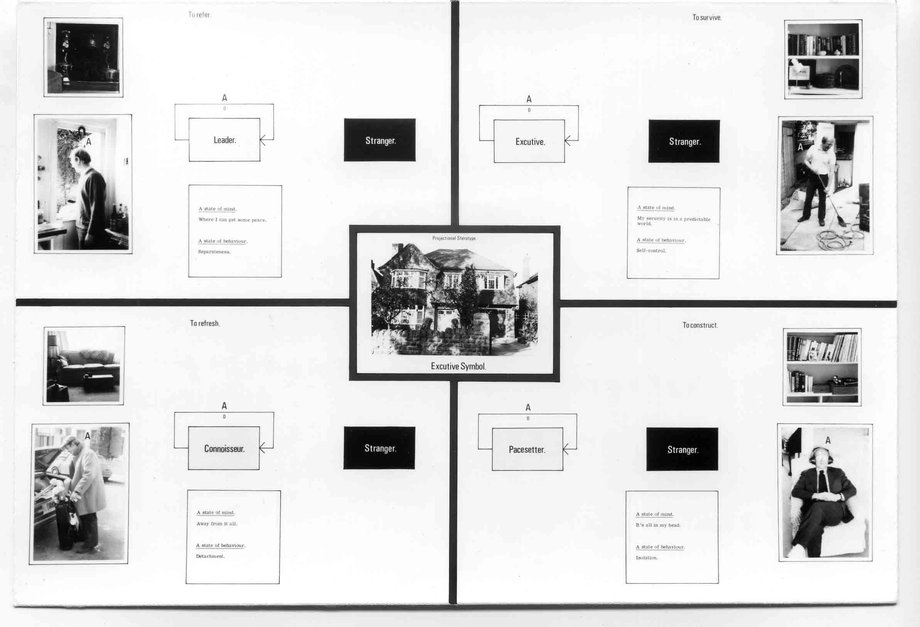 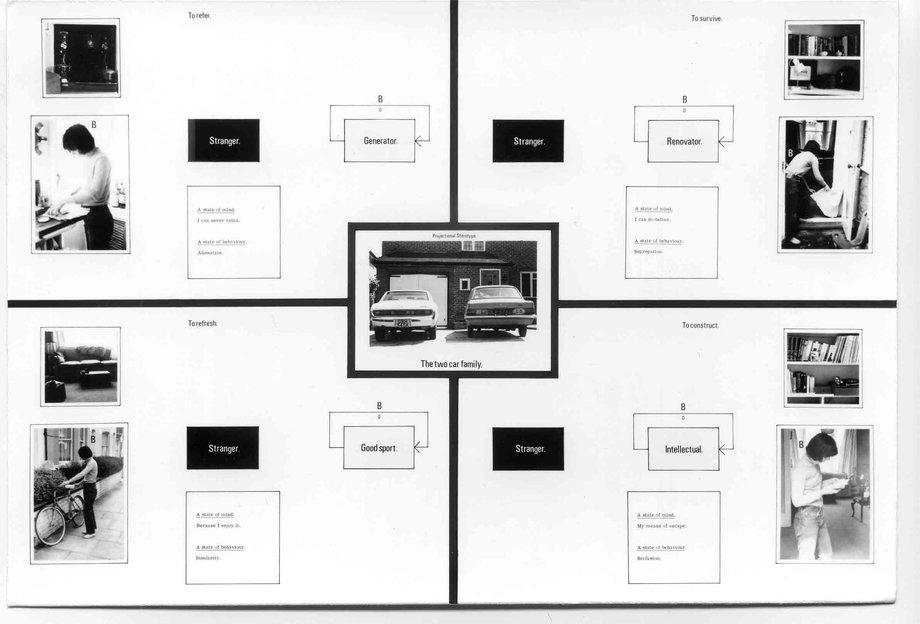 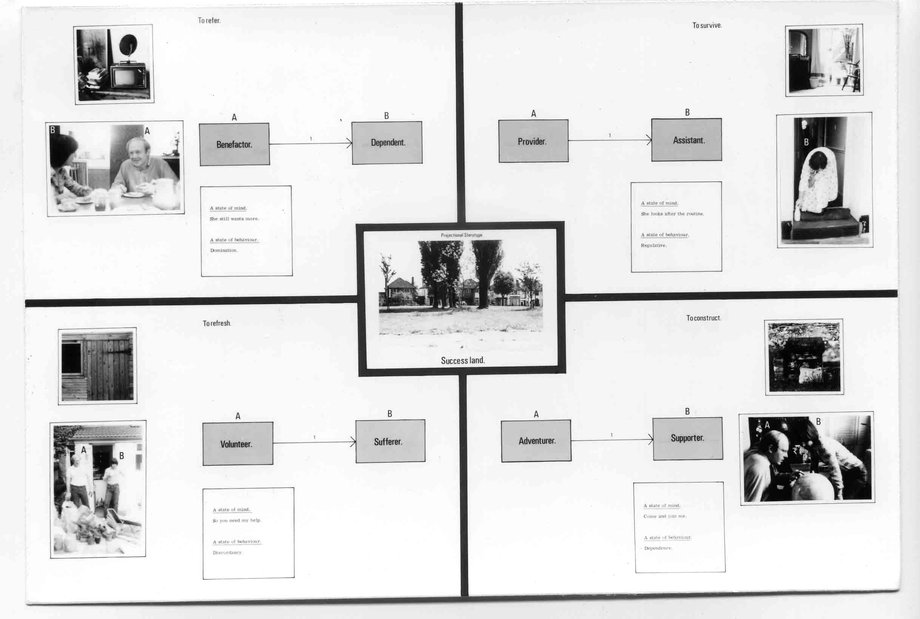 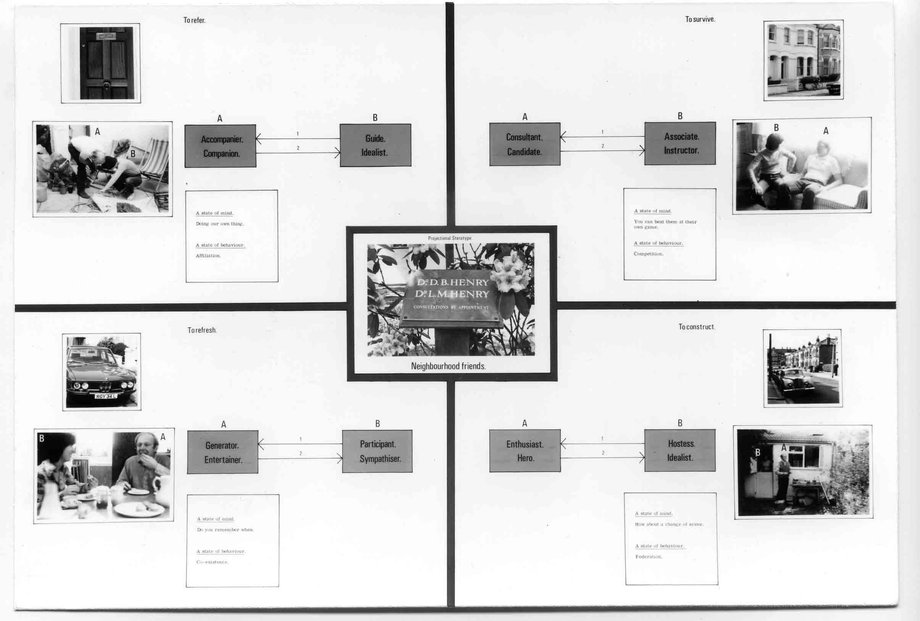 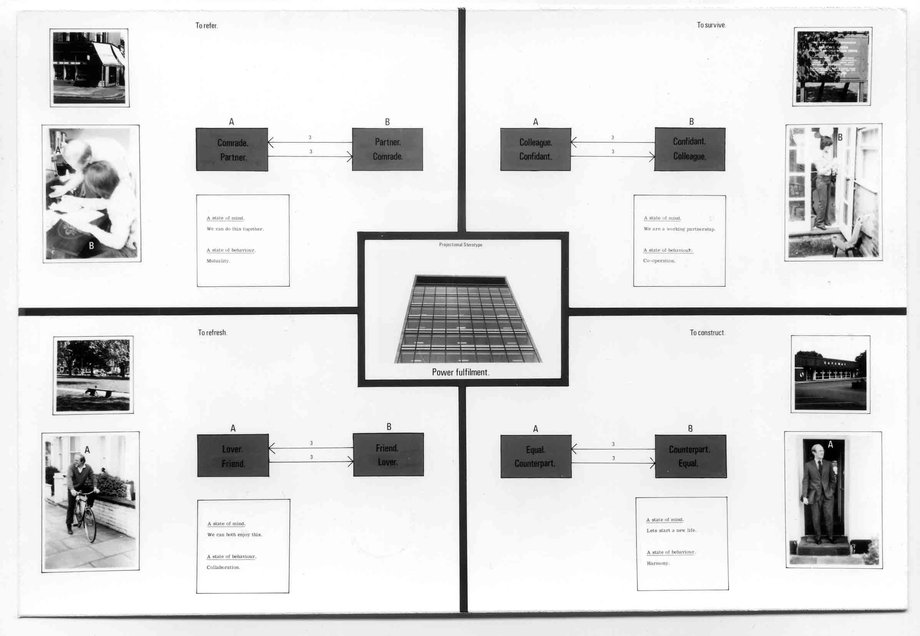