Seven examples of the 1997 designs, Self Expressions, were made for a public event in Utrecht as part of the exhibition: The Speculative Diagram.

Seven wearers with clipped-on pads and coloured pens and pencils attached, walked around shopping streets in Utrecht, inviting passers-by to respond to a blank diagram on the front of the garment and graphically alter it in some way.

A film was made of the event which was shown as part of the exhibition at Casco.

Staged as part of the Exhibition: The Speculative Diagram at Casco, Utrecht in 2008 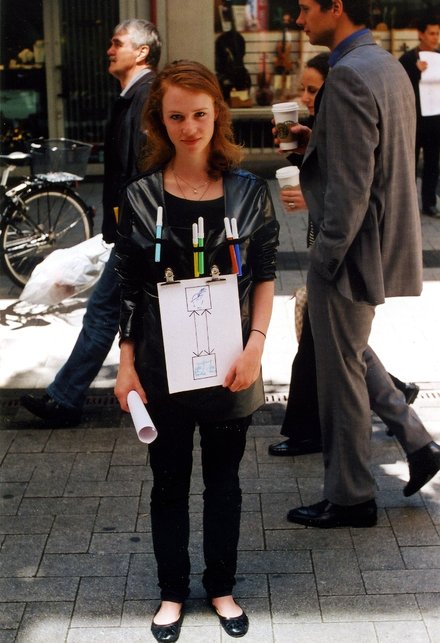