A landscape of objects casually left to coexist on a desk is the context for the work Moving Around ..... These objects are all objects that are associated with the idea of ‘modern life’ that denoted the feeling of being in touch with the moment, but while destined for a social, a domestic space, they are in themselves expressing a monumentality that I saw as contradicting the society of the space in which they were intended to inhabit.
The same landscape of objects is visited with a movie camera at three levels of resolution going towards the macro, creating three pictures of the same thing as the camera is moved across generating transient moments, moves up and down, and moves inwards into the collection of objects. Objects as buildings, buildings as objects, the camera moves through and into a City landscape of relationships between its icons of certainty, icons locked into the determinism of objects.
Stephen Willats
Catalogue: World Without Objects, Galerie Annie Gentils, Antwerp 2013 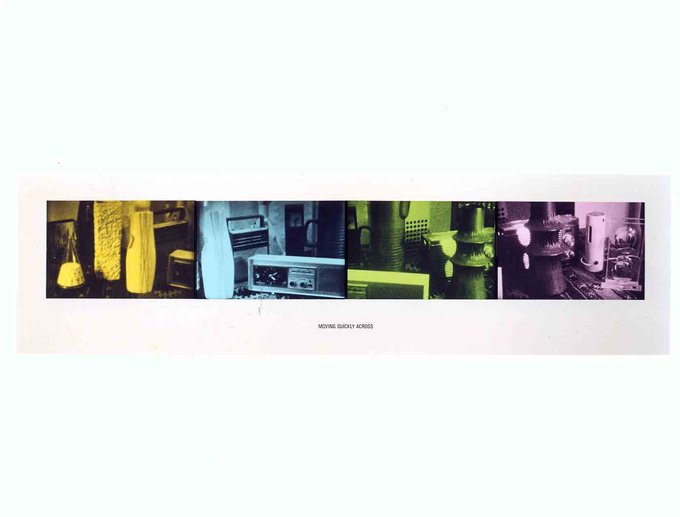 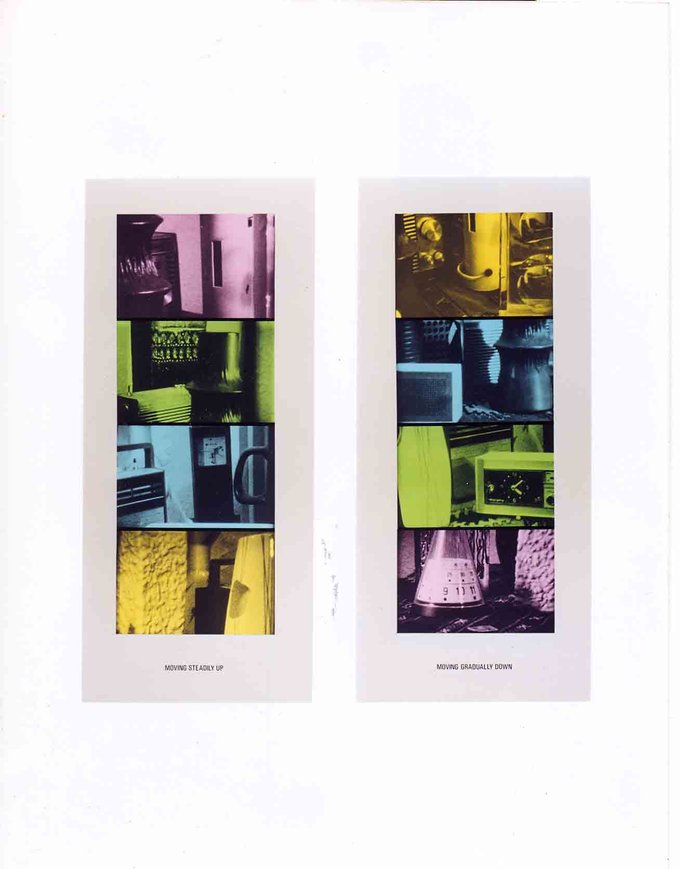 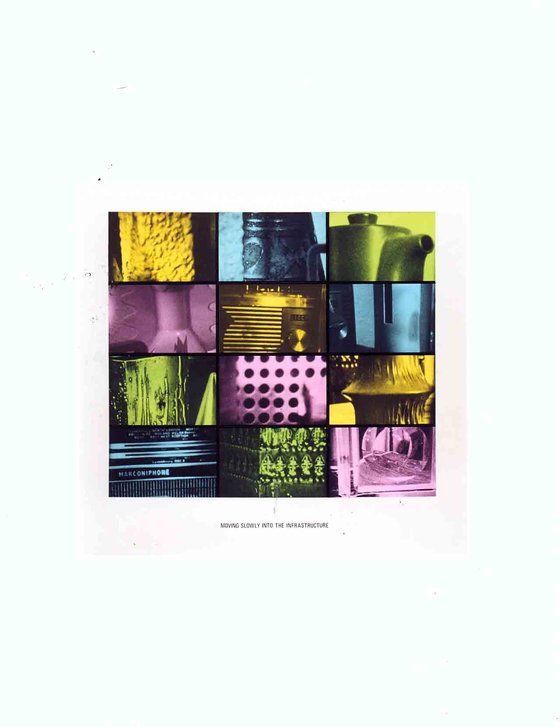