Willats uses books in two ways: in the first books can be as artworks in their own right. The other, as the example above, is when a book acts as a tool within the artwork.

Meta Filter was a computer based work that functioned between two people, it operated in a way that provided a formal environment and structure for them to externalise their perceptions of inter-personal behaviour.

The two operators looked at a series of images of people which were concerned with interpersonal relationships, perhaps on their own or with others and were asked to describe a series of social behaviours and questions of identity using a set thesaurus of words. The participants worked towards agreement, and in the process, became involved in discussions of how they individually perceived the problems presented to them and how they could reach consensus. The overall structure of the problems was to move from the individual’s relationship to themselves, then their relationships within a group, a community and other societies. 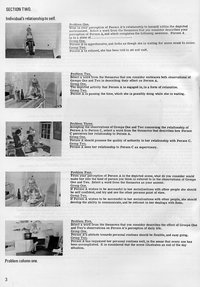 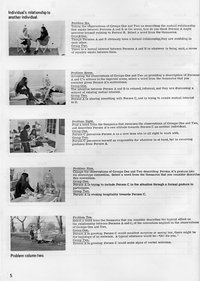 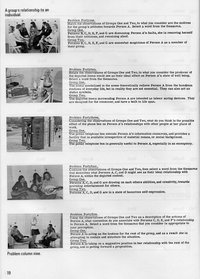