'This work was made with residents of blocks of flats located on the edge of a large park just outside the centre of Liverpool, and as a public installation was to be located in the same environment to which the work was referenced and which gave it its meaning. As a contextual model of art practice there was to be a binding link between the primary audience of the work, its meaning, intention, language and the context in which it was presented. The primary audience of the work were residents in the … Sefton Park estate, and so the work was referenced to the language and meaning of the surrounding environment as seen by the residents themselves. To achieve this connection a small group of residents, a symbolic group, were to be actively involved in developing the language and meaning of the work. The location for presenting the work was to be the foyers of the very tower blocks that residents lived in, so the connection with the surrounding familiar environment was an important one in motivating attention and helping access to what was displayed there as people came in and out of the blocks.

The work asked its audience to transform their perception of everyday reality with its associated set functions and attached pre-determined meanings, and to create a parallel reality of an imagined self organised meaning. A symbolic journey that started at the base of a central tower block and then went into the adjoining Sefton Park wandering along various paths, past well known landmarks such as a bandstand, small zoo, statue of Eros etc. leading to the Palm House. This was to be a journey that all the participants in the symbolic group would take, using a super 8 cine camera and a simple photographic camera to record items, signs, objects etc. that they could transform into something else.’

From a two day collective workshop, participants made up display boards from the material they had documented to create a new parallel journey and these boards, alongside the films that had been made, were installed in the foyers over a three week period. A guide explaining the work and showing the route of the journey was there for anyone viewing the boards. 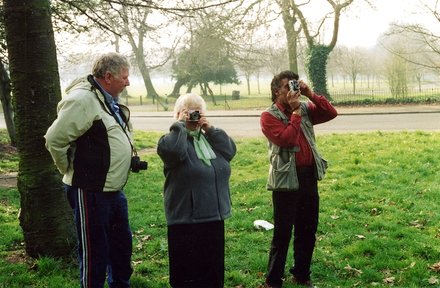 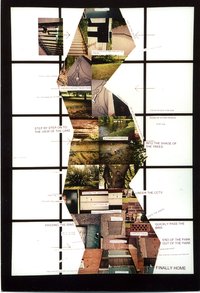 One of the Display Boards created in the workshop 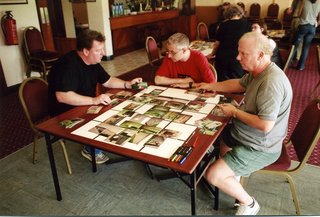 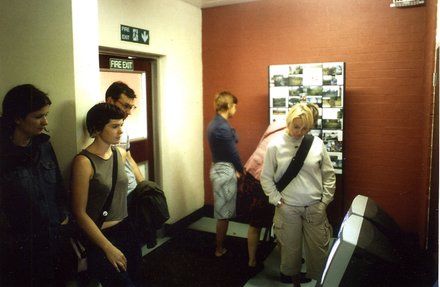