‘The Lurky Place existed as an area of wasteland close to Hayes, on the outer fringes of West London. The area is in the middle of a busy industrial suburb and is only about half a mile from the main shopping centre of Hayes. Although it is enclosed within an industrial urban environment, it remains physically cut off, there being few points of entry.

The landscape of The Lurky Place contains many images which are distanced from the institutions, norms and conventions which hold the fabric of society together. The nature of this place is, of course, a product of the surrounding society – it forms a fulfilling context for behaviour and activities outside normal, daily life. The value it has for residents of surrounding housing estates is as a symbol of a consciousness which is counter to that of the predominant social stereotypes. The way peoples’ destinies are largely determined by the dulling routines of their daily lives is contrasted with the freedom of pursuits and interests carried out within The Lurky Place. Elements of this freedom are transported from the constraints of our dominant culture and discarded in The Lurky Place, in the course of engaging in these various pursuits. Through these residual items, it is possible to structure connections between the consciousness vested in The Lurky Place and the restrictive society in which they originated.

The movement of an item from the urban environment surrounding this place to its interior represents a fundamental point of perceptual transformation of the object. Two types of transformation occur: - 1) an item is given a different use 2) the intended use of certain items is more fully realised by their being freed from inhibitory conventions. In both transformations, the implicit escape of an item from the restraining conventions of society also frees the person involved. For such a person, the item becomes a manifestation of another consciousness which is outside the social norm. the boring routines of work and home are relieved by the freedom to engage in uninhibited pursuits. It is the release of a culturally suppressed consciousness into a discarded area of land which gives the location its analogous power. It is within such a place that a consciousness, counter to that of institutional society, is kept alive. In this sense, The Lurky Place is a symbol of all such environments in urban society.’ 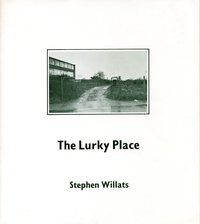 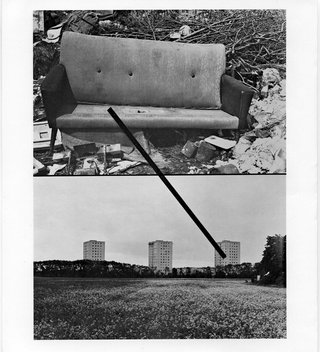 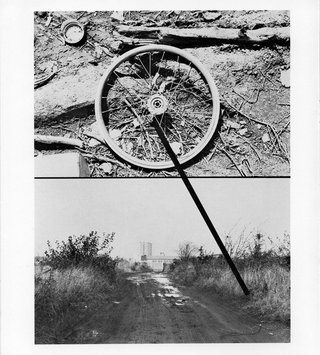