The Lurky Place was an area of wasteland near Hayes, West London and Willats became interested in its function as a means of escape for people living around it, and noticed the way that people transported objects into this wasteland and in doing so often transformed the way that object was seen and used. The wasteland can be seen as symbolic of an area in which pursuits which do not normally take place within institutional, conformist society can take place.
‘The mundane routines of the day are relieved by pursuits in the Lurky Place, the key to which lies in the transportation of items, from the world of normality outside into the entropic wilderness inside.
The work is divided into a sequence of four interrelated areas, each of which centres on a point of transformation in the reality of an individual, symbolically represented. The sequence is as follows: education, home, work, culture.
Each state is divided into two parts. The top relates the transported items back to institutional society, represented in the work by such manifestations as a school, tower block, factory and car dump, all located on the edge of the Lurky Place. The bottom part presents the viewer with a problem question in the form of a text relating to the different ways the symbolic individual is involved in various behaviours. A concept frame in both areas of each state holds various representations of the symbolic individual and transported items as variables or cues, related to the problem question. Thus the viewer is presented with a puzzle which can only be solved by entering into the encoded structure of The Lurky Place and relating cues from both top and bottom together. The action of so doing involves the construction of the consciousness found there. It is the viewers who transport their own references into The Lurky Place in order to attach meaning to the cues in the concept frames, this giving the work its analogous connection to all such contexts which keep alive a counter-consciousness.’
Stephen Willats: Concerning Our Present Way of Living, catalogue, Whitechapel Art Gallery & Stedelijk Van Abbemuseum, Eindhoven, 1979 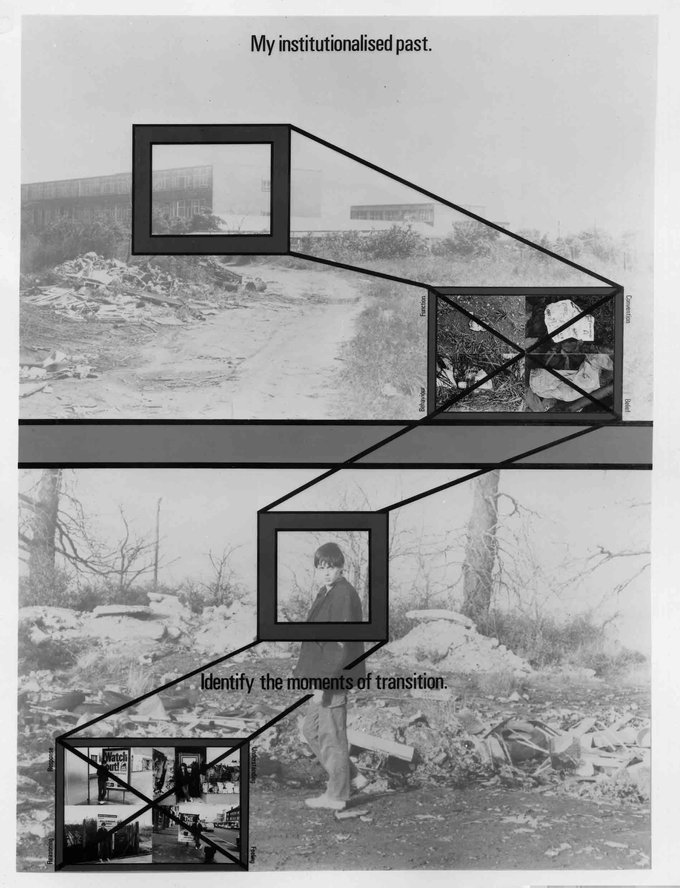 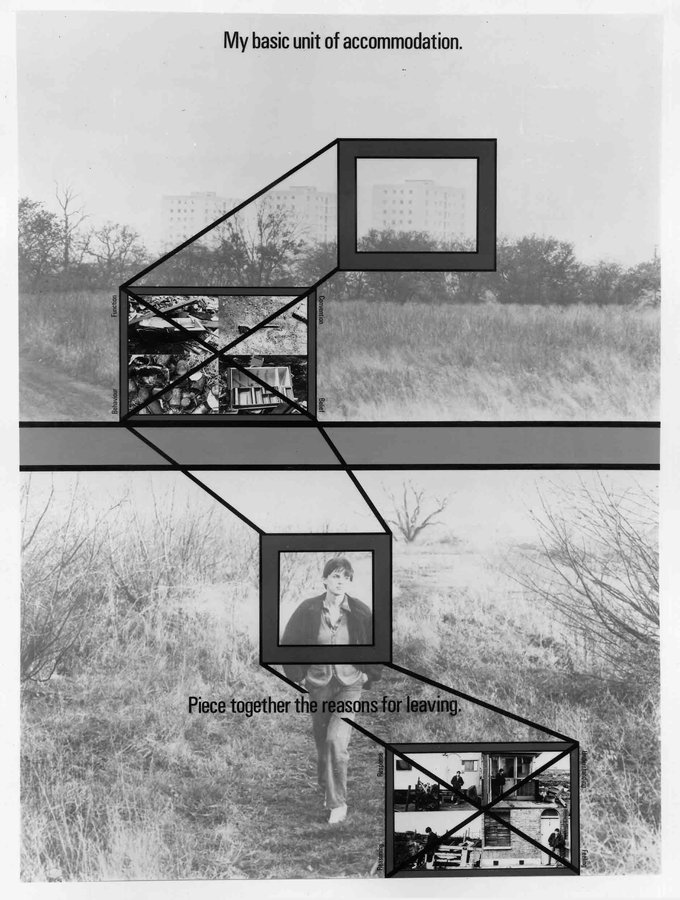 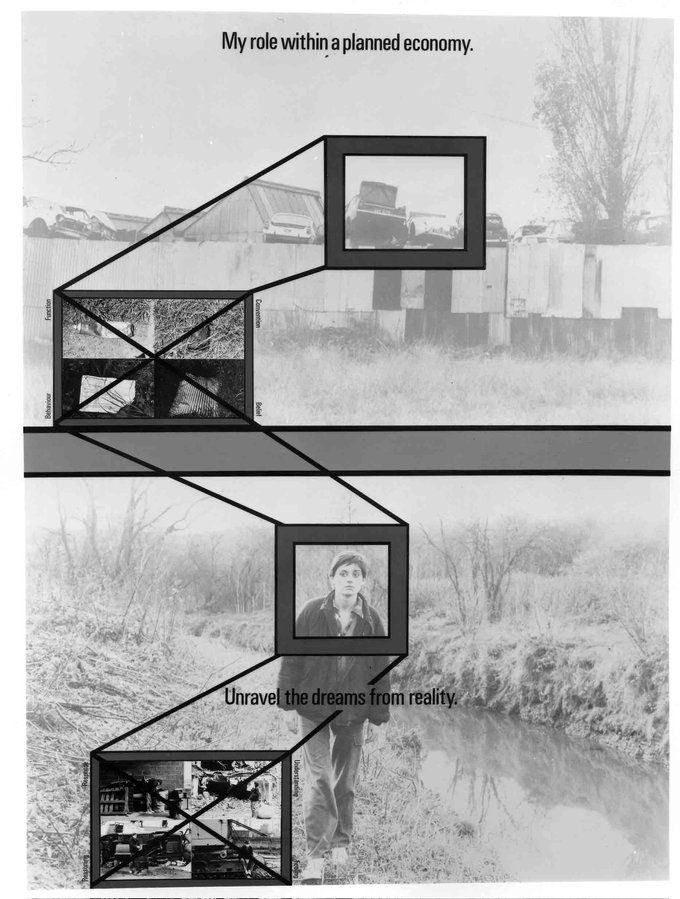 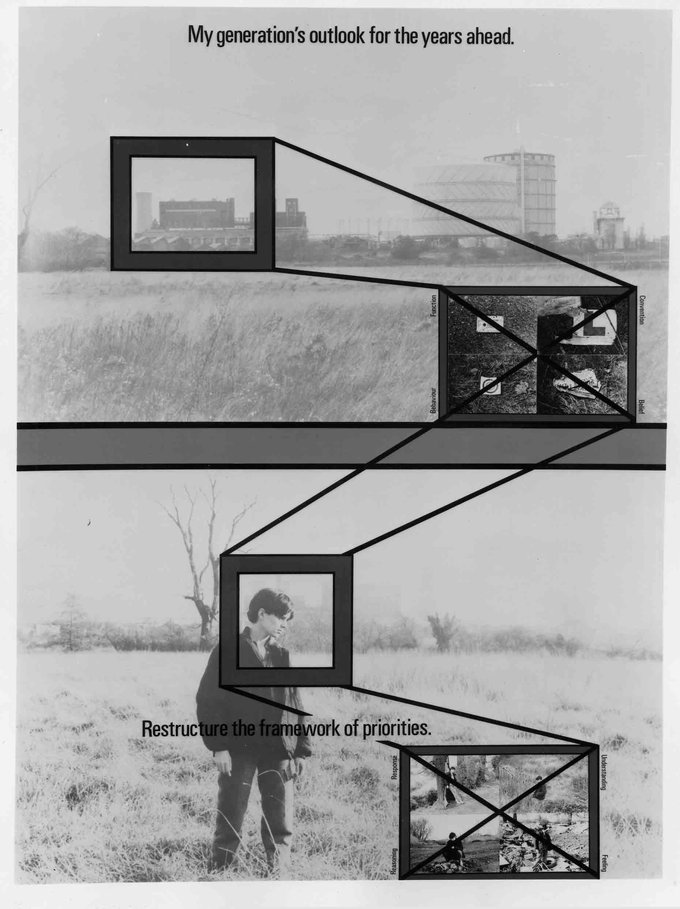