The Lunch Triangle consisted of the three wall panels and response sheets for viewers to use set out their own perceptions as they had to make decisions around their understanding of the inter-personal relationships in the work. In each panel the viewer has a series of questions to consider, for example, the first panel asks you to think about the identities of the three people, the situation that might have brought them together and to describe the state of their relationship one to another. The middle panel was blank for the viewer to more actively think about the way they perceived the group and then finally, the third panel again called for thinking about effect, reflection and description. The two photographic images are purposefully very open and the viewer is asked to reflect on a situation with few clues upon which to make assumptions.

As in many of his works, Willats’ presented problem situations phrased as question as a means of drawing the viewer into an interactive relationship with the work: ‘The use of questions here is not primarily to communicate information to another person, but to register the effect which answering has on the respondent.’Stephen Willats, Concerning Our Present Way of Living, Whitechapel Art Gallery, 1979

Besides giving you boxes in which to record your responses, the form gave the following description: ‘The Lunch Triangle formalises the way in which perceptions are constructed of complex interpersonal situations from limited coded information. Three scenes are presented in a sequence, each one involving you in constructing part of a perceptual model of the relationships between three depicted persons. Scene Two has been left blank, so that through the act of filling it in you build your own perceptual bridge between Scene One and Scene Three.’ Stephen Willats, Life Codes And Behaviour Parameters Midland Group Nottingham, 1976 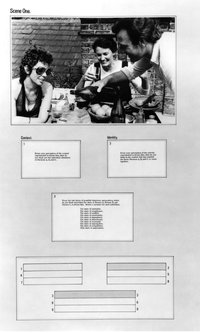 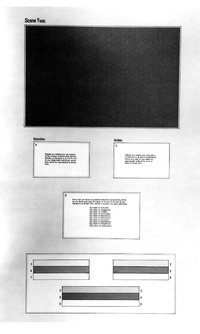 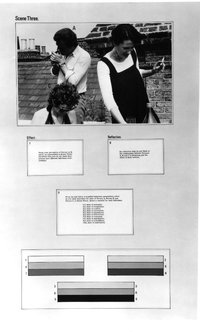 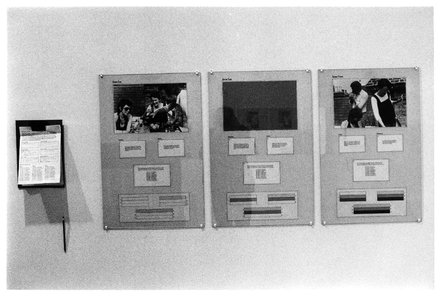