From Inside This Institution - Art is a Form of Show Business, 1980

From Inside this Institution – Art is a Form of Show Business
1980
Four panels each 100cm x 133cm
Photographic prints, photographic dye, Letraset, ink, gouache
One of four works made for the exhibition, Four Professionals, held at the Lisson Gallery in 1980.
‘When I make a work I see the participant as symbolically representing the audience of that work. The works are directed at people like the people represented within them. The environment presented is familiar, but not too familiar so that the audience can use it to make parallels with their own lives. It’s a active process set up by an internal conflict presented in each panel. The physical context is an important as the person. Within the work place there are different categories of object. There are intermediary objects which act as a means of exchange between the participant and other people, a telephone would be an obvious example. Then there are objects which I call ‘objects of determinism’, they exert pressure out of the control of the participant. This category would include features of the routine of work which have been laid down by others such as files and their contents. With these the feeling of passivity can easily be induced. But people don’t just give up, they don’t become automatons. They assert themselves and challenge that pressure even if only by small actions that lead to social exchange of which they might not be fully aware. … (such as) the squash club, the drama group, photographs or postcards of the world outside … These are manifestations of what I call ‘counter-consciousness.’ I see my role as an artist in creating the potential for relationships based on social interaction which would counter object based determinism.’
From a leaflet printed for the exhibition.
Further extracts from this leaflet can be read in the entries for each of the four works made for the exhibition:
Sitting Between Two Desks
Fifteen Feet by Eight Feet, and There Are Two of Us in Here
Looking at It From the Inside – It’s Death Insurance Really
From Inside this Institution – Art is a Form of Show Business 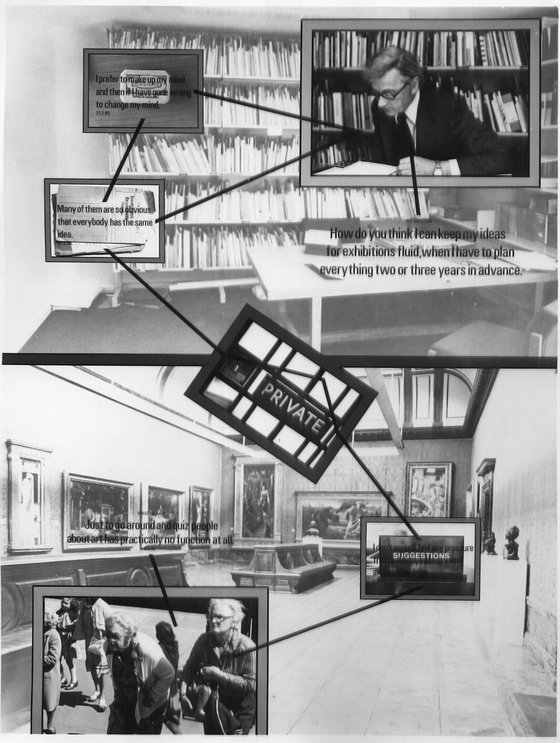 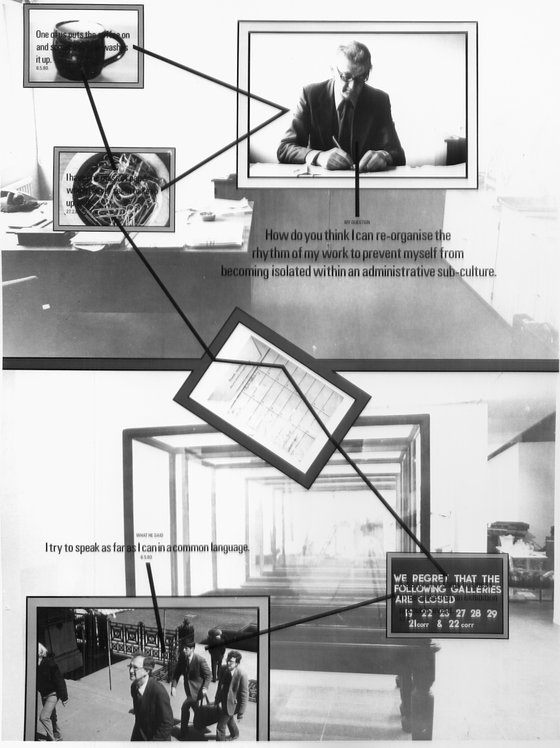 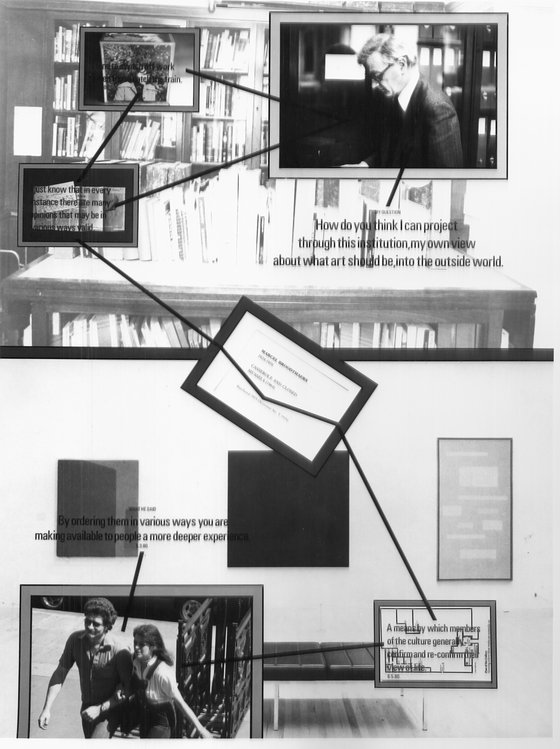 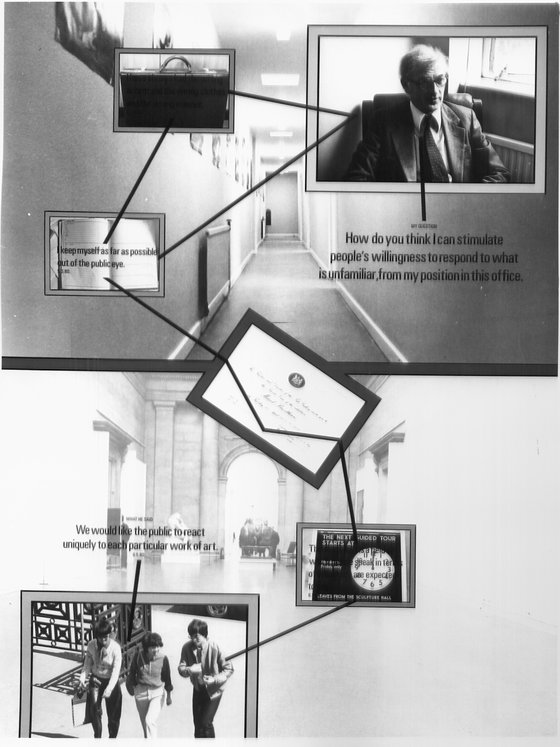