'Since the late 1950’s Willats has employed the diagram as a tool to illustrate dynamic flows of information and relationships within social networks.  His use of diagrams developed further through his interest in cybernetics and Black Box theories, where the diagram was employed as a speculative tool for mapping systems.  Willats saw this as having the potential to describe social relationships and to offer new philosophical, social and ideological visions.'Casco, Utrecht for exhibition: The Speculative Diagram 2008

Willats redefines the traditional role of the artist expressing themselves via the medium of the work of art, into a contrasting series of relationships between the artist, the work, and the viewer and, in particular, the linking of the meaning of the work to the active conception/response it generates within the viewer.

Thus he sees the artist as a constructor of models, and he has always seen this homeostatic model as a fundamental vision of a system that is self-organising, continually seeking to find stability, internally and externally between itself and its environment.  The homeostat describes the state of agreement needed between the artist, the work and the viewer, it removes any limits within which the audience can manoeuvre, the work of art acting as a catalyst, not as an imposer of boundaries nor as a control mechanism.

From the late 1960s, Willats has increasingly concerned himself with the work of art as a means of enabling people to transform their perceptions of the world, and to create a self-organised, community focussed vision of their own environment, concerns and preconceptions. 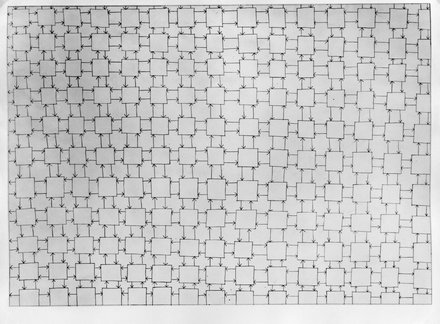