Fifteen Feet by Eight Feet and There Are Two of us in Here, 1980

One of four works made for the exhibition, Four Professionals, held at the Lisson Gallery in 1980.
‘During the last few years I have made a series of works which have dealt with people whose position in society is determined by others who remain at a distance from them. I wanted to make a group of works which looked at the position of people who actually influence and structure the world we live in but who at the same time are subject to pressure from others. …….I wanted to deal with individuals who were deeply embedded in the fabric of society, people at middle management level who were neither at the top or the bottom of the decision-making tree. Each of the works in Four Professionals is centered on an institution which controls people’s behaviour or structures their consciousness in some way: the museum exerts cultural pressure; the insurance business exerts economic pressure; the newspaper provides a representation of reality; the architect’s office directly structures the physical environment.’
From a leaflet printed for the exhibition.
Further extracts from this leaflet can be read in the entries for each of the four works made for the exhibition:
Sitting Between Two Desks
Fifteen Feet by Eight Feet, and There Are Two of Us in Here
Looking at It From the Inside – It’s Death Insurance Really
From Inside this Institution – Art is a Form of Show Business 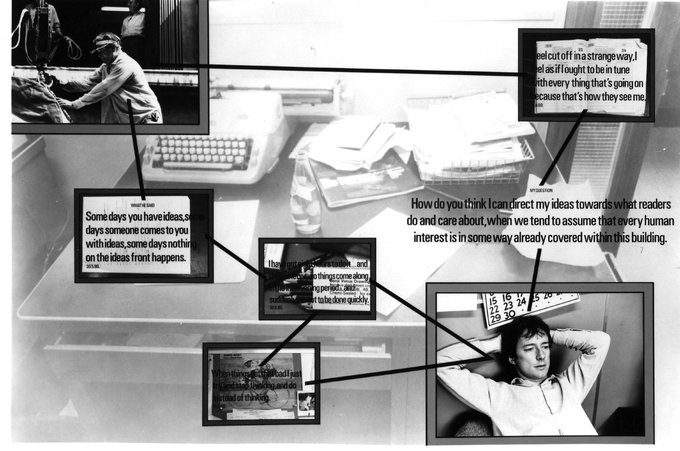 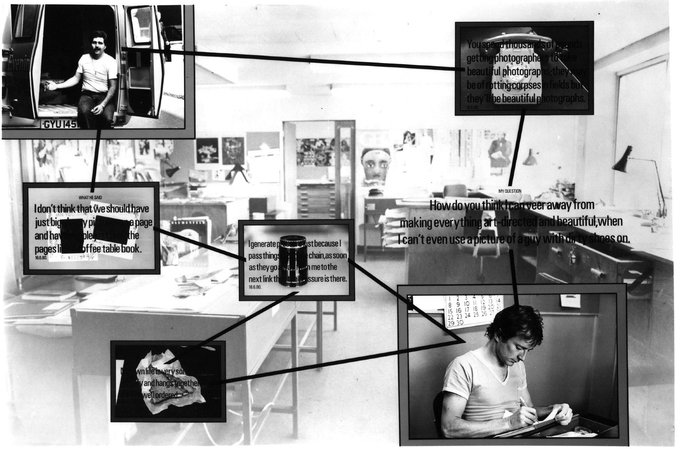 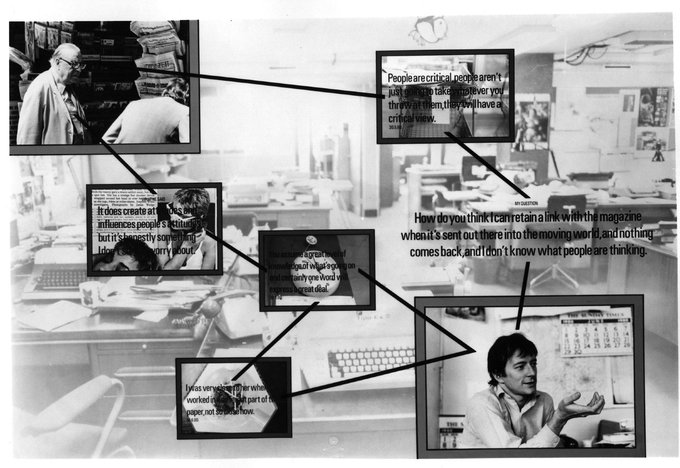