2 panels each 136 x 98cm
Photographic prints, photographic dye, acrylic, felt tip pen, found objects on card
Emulsion painted background
'It's important to realise that the people I'm working with have a symbolic function in my artwork that is specifically directed at the audience. In the Doppelgänger series of works this resulted in my making a series of co-operations with people that I considered had a particularly powerful, symbolic projection in the culture of the moment. I thought they could represent, for the audience, very strong stereotypes in the culture of normality; one was a stockbroker, one was a civil servant, and the other was a shop assistant, so they had three very normal kinds of daytime occupation. At 5-30, or something like that, they transformed themselves into other persons. I mean transformed themselves not only in terms of dress, but I feel emotionally and psychologically, and in terms of the kind of contexts and places they then frequented....
The stockbroker became a skinhead, a skinhead that was a marxist skinhead, I mean it wasn't quite fulfilling the ordinary stereotyped role of a facist skinhead, he was a sort of anarchist.'
Meeting the Doppelgängers, Performance, No: 36, Aug/Sept 1985 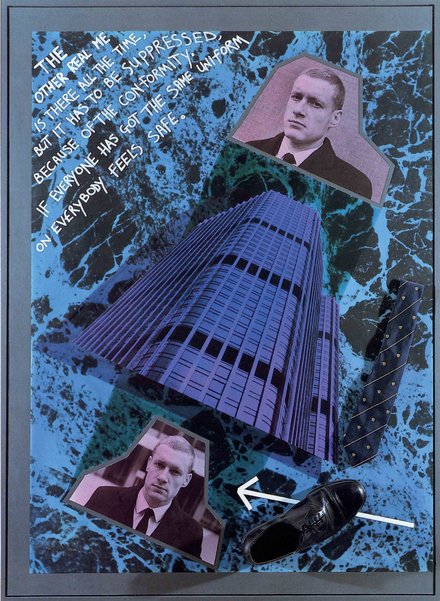 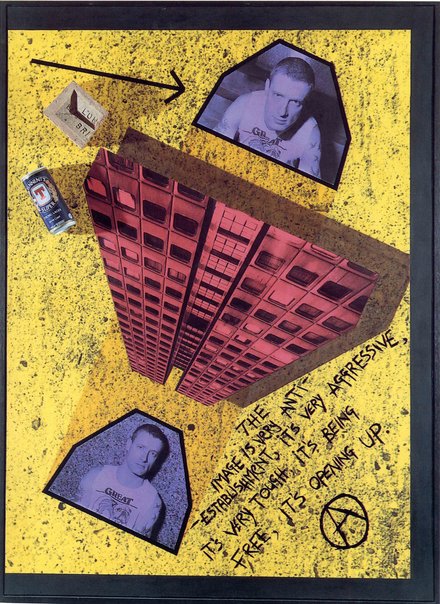