From 2009 Stephen Willats began making large scale wall installations based on his series, Conceptual Tower Series, but incorporating films of people and objects within the enlarged image.
This installation was made at Victoria Miro Gallery in 2010 and was based on a drawing from his Conceptual Tower Series, No 40 made in 2006.
He discussed his interest in the messages from objects, such as the vases in this work, with Hans Ulrich Obrist: 'When I was in Berlin in the late seventies I was working in people's apartments in South Berlin. What I noticed was if I was in somebody's apartment and they had objects around them, these were objects that made people feel modern, just objects from today. A lot of the objects were quite monumental in a way. They were in a domestic space, a social space, but the objects themselves were like the building you were in and I began to see that these objects had a sort of inherent architecture so I began to think of a symbolic relationship between the architecture of domestic objects and the building in which they were contained. This led to an ongoing series of drawings which are to do with these objects and buildings.' 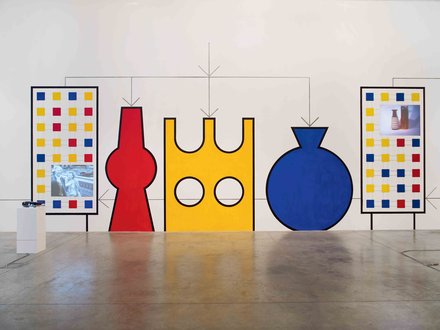 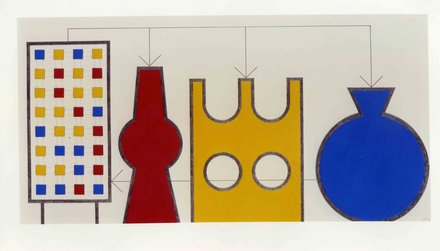