A Conflict of Identities, 1979

1979
3 panels, each 110 x 68.5cms
Photographic prints, Letraset, card, ink, photographic dye
The work, A Conflict Of Identities, centres on the classic dilemma between the context in which someone is living, the environment around them and their desire, vision and ambition to project themselves into another symbolic world a world associated with desirable ‘idealisations’.
The context for the work was the vast lawless wastelands of West London, in particular those around Feltham, which was also the location of the shopping centre featured in the work. The work is structured between the tensions and conflicts that exist or are created between the two realities, the actual circumstance and the imagined. The dominant world of determinism and normality and the counter consciousness of self organised expression and freedom. The agency between these two worlds, that created a channel of escape was the ambition of the participant Allison to be become a photographic model, and in this respect she had achieved work having been reproduced on the back cover of the ‘Hairdressers Journal’ but was frustrated that it was not going further fast enough.
In the triptych each panel has a centre of attention that leads onto the next one, from a descriptive determinism, the world as it is, to the world as it could become. The work shows three ways to resist the passivity of stereotyped normality and to externalise and create a counter consciousness of self beliefs and identities.
Stephen Willats. 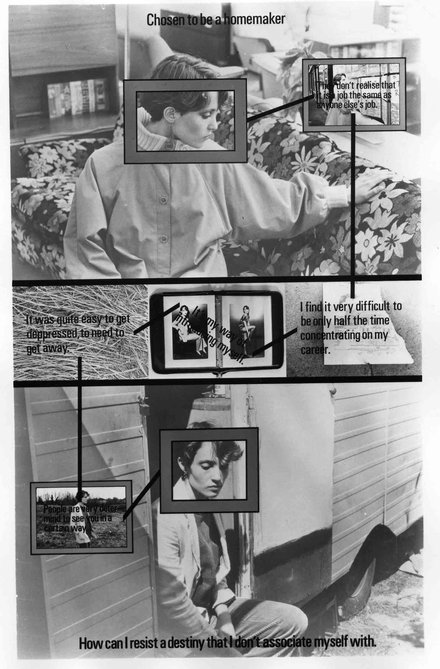 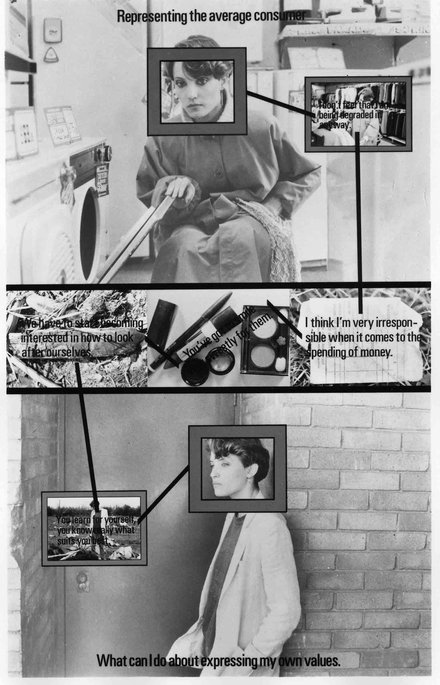 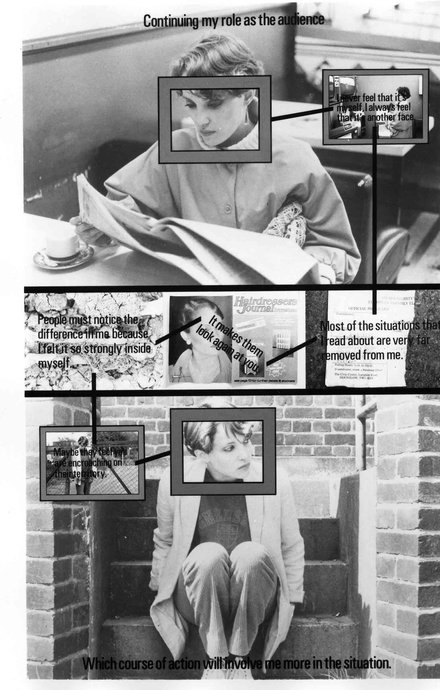