In this work, Willats worked directly with residents of a new tower block on the outskirts of Paris, looking at their differing reactions to living within this new environment and asking the viewer questions about how we live. As in many of his works, the tower block is seen as a symbol of modern living that can suggest a future way of life:
'Throughout our culture the tower block has come to symbolise the conflicts of modern living. Whether or not a person actually lives in a tower block is not crucial to the power this symbol exerts. Proliferating in the optimistic and paternalistic 1960s, the tower block was to express externally a monumentality: a vertical icon. In contrast the internal physicality of the block exerts enormous pressure on residents, moulding their psychology of themselves, their relationship to other residents and to society, and consequently it represents the social consciousness of those authoritative institutions that were its creators.'
Stephen Willats: Brentford Towers, Society Through Art, Haags Centrum voor Actuele Kunst, 1990 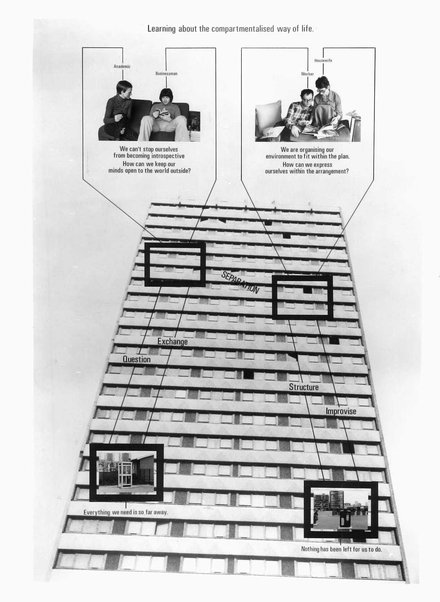 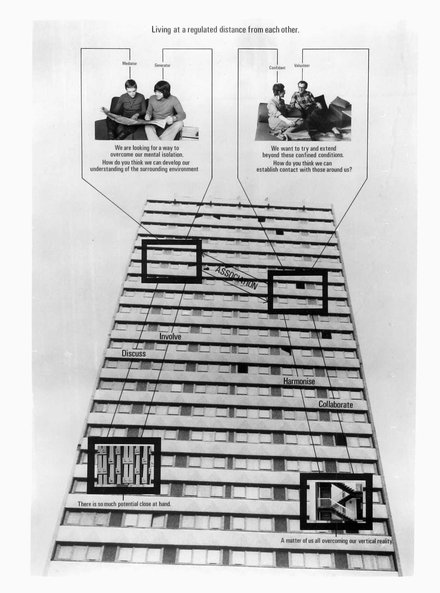