Art Cognition Manifesto
During the 1960s art education became a vehicle for artists to experiment and develop their art practice in a responsive environment, driving forward the agenda and focus of art community. At this time, Willats became very involved in art education, seeing studio practice with students as an extension of his preoccupations as an artist. Of particular importance were issues surrounding the social function and meaning of art practice in the new society that at the time appeared to be emerging. Since the early 1960s he had ‘issued’ manifestos in an attempt to shape the thinking of the art community, ie. fellow artists , art teachers and art theoreticians, so as to create a climate of thinking which would embrace the realisation, the actuality of his work.
He wanted to do this in a form that would be consistent with his ideas concerning the availability of information, open systems etc. The Art Cognition Manifesto, published in 1969, was envisaged to be like an open book, a matrix of propositions that could be looked at in whatever way the viewer wanted, rather than as a book in a linear sequence.
The print was made in one pull, and fifty-five copies were made and then distributed around the various art schools in the country, the intention was that they would be put up in the main entrance to the college, or a corridor where everyone could see it.

Image from exhibition at Raven Row 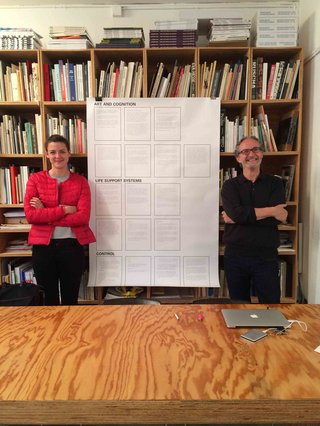 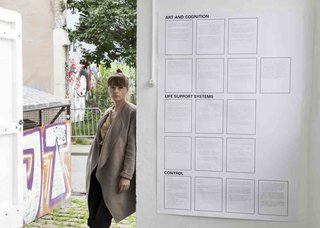 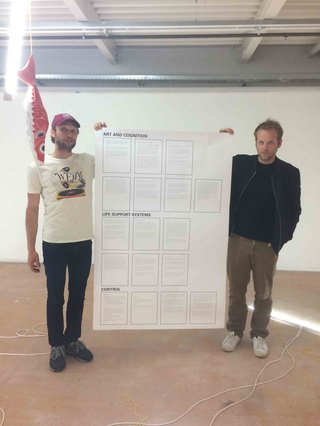 At University of the Arts, Lausanne 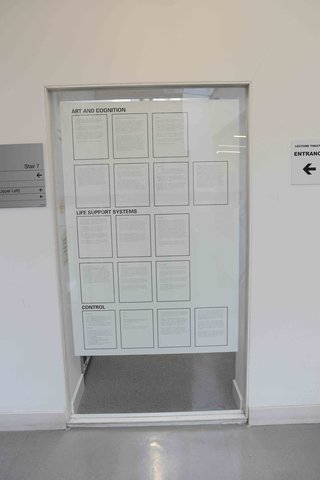 At Chelsea Space, University of the Arts, London