'When I was working in Berlin in the late 1970s, I was working mostly with people who were living in modern apartment blocks on the West side of the city – I had begun to notice that people had objects around them in these apartments which made them feel modern; "of the moment". They weren't necessarily heavy design objects, but they were objects that existed within their private social space – objects which made them feel that they were in touch with the world they were living in, and were, in their own way, monumental – rather like the building that contained the social space.

I became interested in dichotomies which arose in this context: the notions of 'people and objects', and of 'people as objects'. So I began to record these ideas, and then I came across the building, Home Court, in Feltham, which was supposedly at the time the largest single housing project in Western Europe; a brutal, soulless place, which absolutely expressed the idea of people as objects. Of course, the individuals inside this vast place were leading complex, social lives, but the visual language of the building itself was one of reductive simplicity and was highly institutional.

At the same time I had been working on some still lives using modernistic objects: looking at the polemic between objects and people, again, and at the idea of objects as immortalities, and then I moved from there towards making a series which placed objects in three different interpersonal networks, each one generating a different way of perceiving relationships within the building – for example, in terms of a network of conflict, or a network of exchange, and so on. The result is this three panel work. In the background is a photograph of Home Court, and in the foreground, there are groups of clocks which I found in the apartments there. The clocks come with a built in idea of time, and the passage of time: I then arranged them into these three networks showing three different ways of viewing life there.' 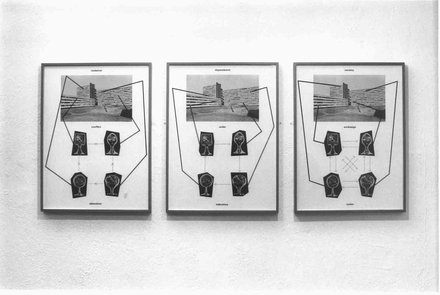 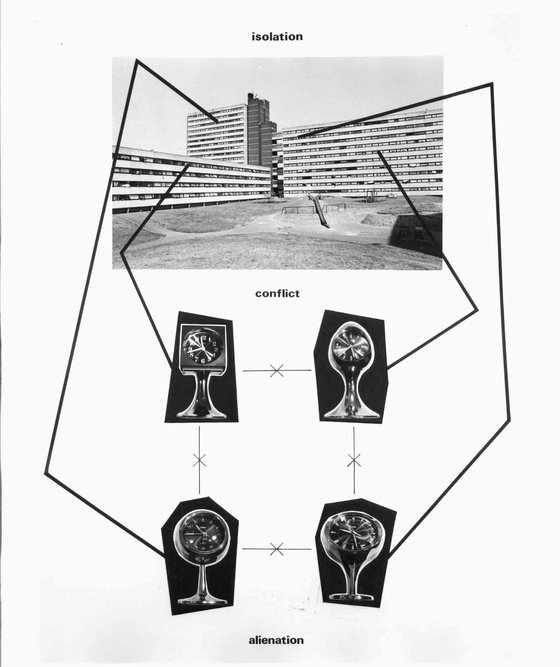 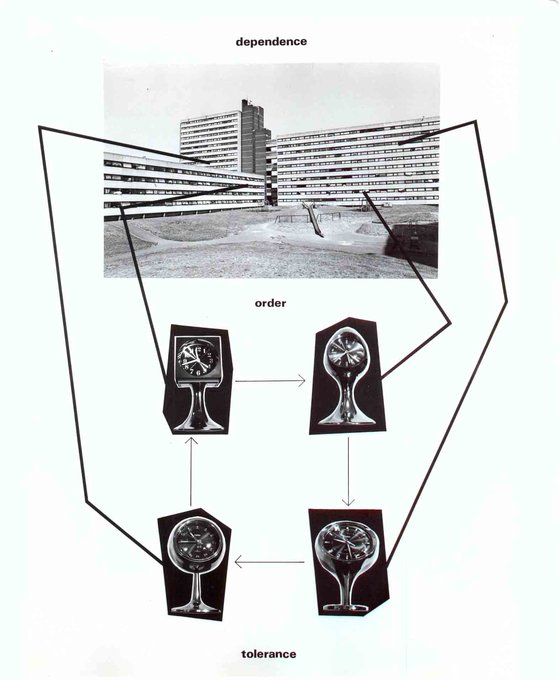 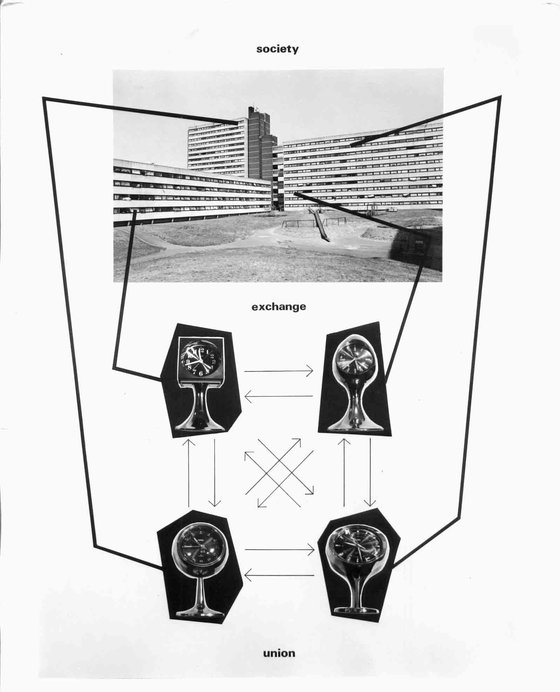